Please provide an email address. Categories of Interest: Select All. Current Affairs. Historical Fiction. True Crime. This is completely incompatible with the implication of the HRB that Arthur was still a teenager when he defeated his enemies. The romance tales generally follow suit in portraying Arthur as very old by the time he died, which certainly would not have been the case if he defeated the Saxons as a teenager his apparent death is dated in the Welsh Annals to just over 20 years after his triumph over the Saxons.

Additionally, the fact that Arthur is given a number of adult sons during his reign in the Welsh sources, and even a grandson in one source, further suggests that more time passed between his ascension to the throne and his Saxon wars than the HRB implies. This would mean that, at this time, Arthur would have had to have been close to 40 years old at the least. His seven-year-long reign was presented as if it lasted for almost no length of time at all.

Therefore, the implication in the HRB that Arthur immediately set out to wage war on the Saxons after ascending to the throne can be safely dismissed in favour of the various other pieces of information which indicate that Arthur was actually at least middle-aged at the time of his Saxon wars. In the Historia Brittonum, written in c. These battles took place over nine different localities, since four of the battles occurred at just one location. Over the years, numerous researchers have proposed countless different suggestions for the exact locations of these nine battle sites.

There is still no consensus on the vast majority of them. The only one for which there is general agreement is the Wood of Celidon, which is generally held to be identical to the Caledonian Forest in southern Scotland.

Interestingly, this location is consistent with the general political situation presented by Geoffrey of Monmouth. Thus, if this information is accurate, we would wholly expect to find the majority of the nine battle sites in the north of Britain. This conclusion is also supported by the fact that, according to the HRB, a result of the Saxon invasions which Arthur was attempting to counter was that Urien, Lot and Angusel were driven from their kingdoms. While this does not necessarily mean that this is definitely where the battles took place, the internal consistency of the account is notable.

As well as the Wood of Celidon, there is general agreement that the first battle site, the River Glein, was somewhere in the north. Of these, the second is not north of the Humber, but it is not necessarily the case that Arthur only clashed with the Saxons within the area that they had managed to subdue according to Geoffrey. The next location is the river Dubglas. The most likely conclusion according to most scholars is that this refers to Lincoln, known in Roman times as Lindum.

An alternative possibility which is still in the north is an existing River Douglas in Scotland, by an ancient Roman fort associated with the name Lindum. Perhaps there was a river by this name in that area, but there is simply no longer any record of it. 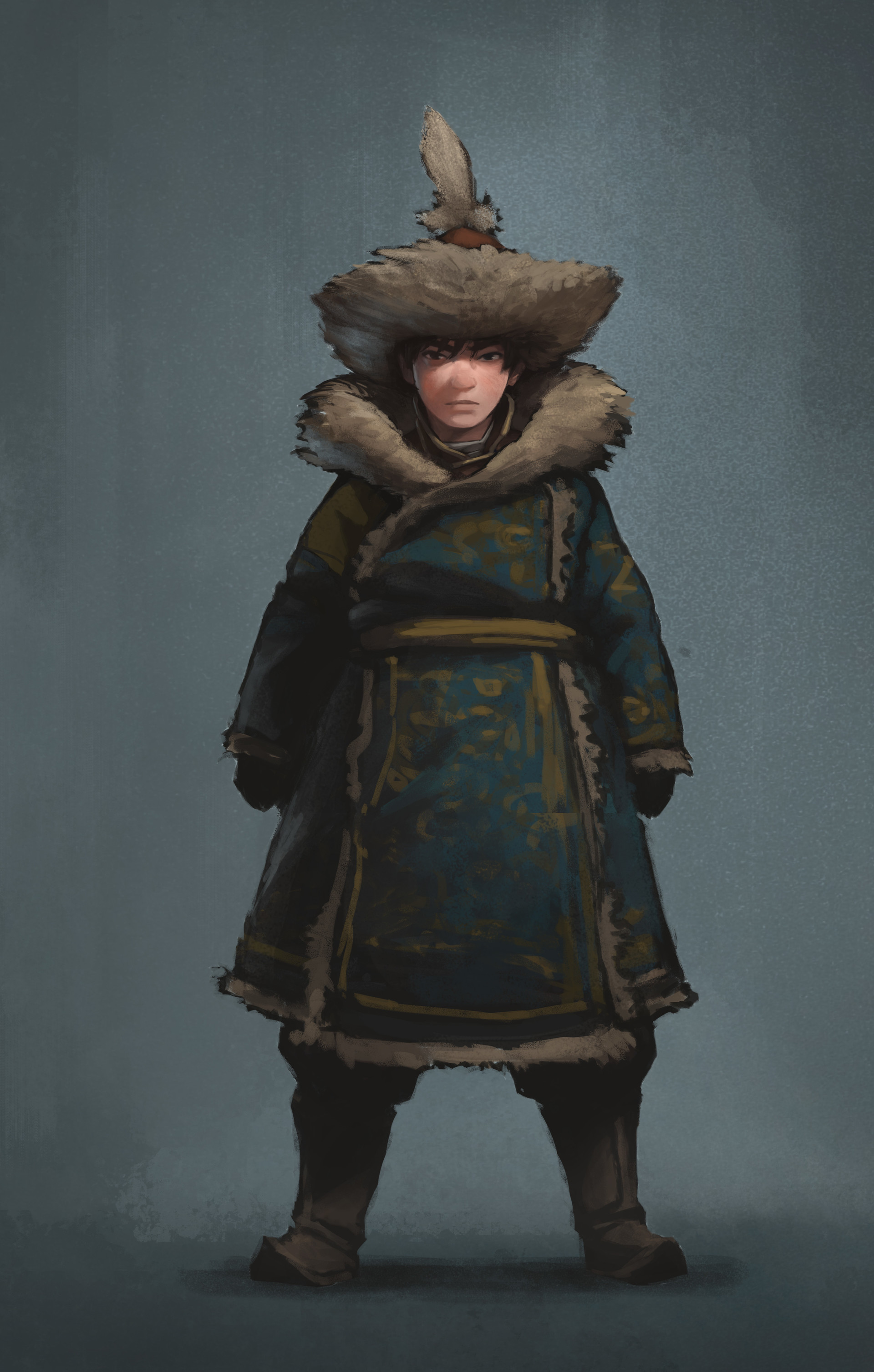 The third battle site, Bassas, has proven to be very elusive and no one has been able to present an especially convincing case for it so far. We have already addressed the fourth battle site, Celidon, so to move onto the fifth site, this is one for which there is quite an old tradition. In fact, the tradition is present in one version of the Historia Brittonum itself, which claims that the battle was fought in the area of Wedale in Scotland. Given that this tradition dates back to at least the early 13th century, it is worthy of consideration.

There are numerous places around the country that could fit this name and that even have extremely similar existing names. So, there is very little consensus on this issue. The next battle site, City of the Legion, is generally held to either be Caerleon in south Wales, or Chester, near the border of north Wales.

Chester might seem more favourable due to being a more northern location, thus being closer to the other battle sites. However, Geoffrey of Monmouth does claim that the Saxons sailed away from Britain after the battle of Celidon but then returned, arriving in Devon. Thus, a southern location such as Caerleon is not necessarily objectionable. The seventh battle site, Trath Tribruit, is almost certainly not located in the south of Britain. It is mentioned in a slightly later Arthurian source, the Welsh poem Pa Gur. It is thus very likely that Tribruit was also in Scotland. A number of scholars have identified it with a location on the Forth.

The penultimate battle site is a curious one, because there are two different names by which it is known in the various manuscript versions.

The first name has proven to be extremely difficult to attach to any locality in Britain, just like Bassas. However, the other name is much more promising. The final battle is the one that has been analysed the most: Mount Badon. This is the only battle for which there is universal agreement as to its historicity, because it is mentioned by the near-contemporary Gildas. In contrast to most of the previous battle sites, this is generally placed in the south west of the country.

Geoffrey of Monmouth implies that it is Bath, as does one version of the Historia Brittonum. The Dream of Rhonabwy supports a location near the Severn, such as Mynydd Baedan or arguably Bath, but this source is not considered historically reliable by scholars.

Unless new evidence comes to light, it seems impossible to identify with absolute certainly the location of this final battle between Arthur and the Saxons. After re-establishing peace there, he voyaged to Ireland to reduce that country under his power.

The Basics of King Arthur

While there is no record of these events elsewhere, it is worth noting that several other Arthurian sources do claim that he fought against the Picts and the Scots. After this point, a significant portion of the HRB is devoted to a series of events which scholars believe have no factual basis at all. Ironically, this is then said to have motivated Arthur to subdue all of Europe. He started by invading Norway and restoring his brother-in-law, Lot, to the throne of that country.

Interestingly, this reference to Lot points towards a particular explanation for how this story may have a basis in fact.

Lot was historically the king of an area of southern Scotland, probably Lothian. There is no basis to conclude that he had any sovereignty over Norway. Viewed from this perspective, there is nothing at all improbable about Arthur assisting Lot to recover his throne in the north of Britain. The next part of the account is much more inexplicable from a historical perspective. Arthur is said to have sailed over to Gaul and started subduing that country. It was governed by a Roman tribune named Frollo, who went out with an army to meet Arthur.

Frollo is said to have fled to Paris, which Arthur then besieged. After some time, the two men agreed to settle the matter by means of a jousting battle, which Arthur prevailed in, slaying Frollo. Over the course of nine years, the British king subdued all the various provinces of Gaul, dividing the country up between his men.

At this, he returned to Britain. The next event described by Geoffrey is a grand feast of Pentecost which Arthur holds at his court at Caerleon-upon-Usk. He invited all his allied kings, princes and noblemen to join him, and he also used this opportunity to hold a special coronation, where Archbishop Dubricius placed the crown upon his head. Word then came to Arthur that the Romans were demanding that he present himself at Rome before the Senate to have justice executed upon him because of his conquest of Gaul. This infuriated Arthur, impelling him to head out for Rome, but for the purpose of conquest, not penitence.

Initially, Arthur was not present at the actual battle, staying in the rear quarters. However, he eventually appeared on the battle lines and led his army to victory, defeating the Romans.

Nonetheless, this is not present in the earliest surviving version of the story, which actually claims that Arthur never reached Rome. There has been extensive speculation about what may have been the historical basis for this legend. Such a story does not explicitly appear before the 12th century HRB, leading many to assume that Geoffrey created it from his own imagination.

This event took place in c.

This theory has gained a considerable amount of popularity over the years, but most scholars remain unconvinced. The two are on such extremely different scales that it seems highly unlikely for one to have led to the other. Riothamus merely fought one battle against the Visigoths, which he lost, whereas Arthur was said to have conquered all of Gaul and successfully waged war against the Roman Empire.